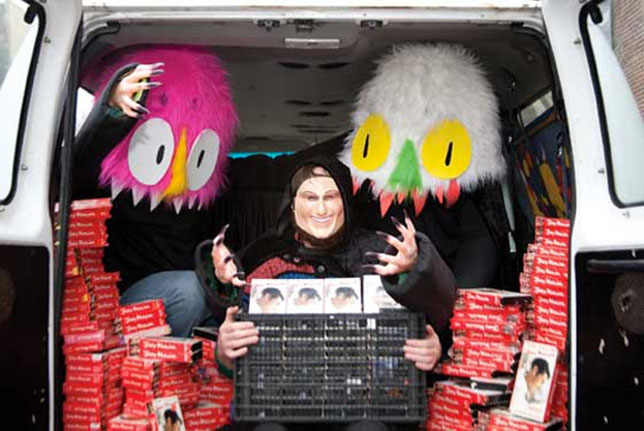 Awesome clips of the 80′s

Everything is terrible - The site we're all frequenting. Movieclips from the days of mullets and neon. Funny as hell! We felt that we needed to ask the guys a couple of questions about the site.

How did ”Everything is Terrible” start?
EIT! was born from a mythical golden egg found atop Mt. Ararat by a group of Knights Templar searching for Noah’s Ark. Little did they know the fury they were unleashing upon an unsuspecting world.

My friend said that EIT is ”a total rip-off from Tv Carnage” is that true?
No, though he was undoubtedly an influence on us. But so were other things- Lost and Found Video Night, Look Around You, Waverly Films, black magick- the list goes on and on.

Your favorite clip on the site?
That would be like picking a favorite child. That said, Duane.

You do live shows right, screenings in theaters. Whats that about? Any chance to catch you on a european tour? Sweden perhaps?
Our live shows are an attempt to draw a magickal circle of power large enough to encompass the world, so in a way we have already performed in Sweden. Astral plane Sweden. We use ziggurats of Jerry Maguires, full body foam rubber suits, and lots of fake fur, incense and black tights in order to accomplish this goal.

Whats the deal with ”Maguire-watch”? Is there gonna be a great big Maguire-fire someday or what?
No, we would never bin the most sacred of all video tapes! We hope to someday open a video store with nothing but VHS copies of Jerry Maguire, because that would be hilarious.

Here’s a taste of the awesomeness that is presented at Everything Is Terrible:

The Boz is Stone Cold

The Zone of eternal Evil

Jesus is a friend of mine