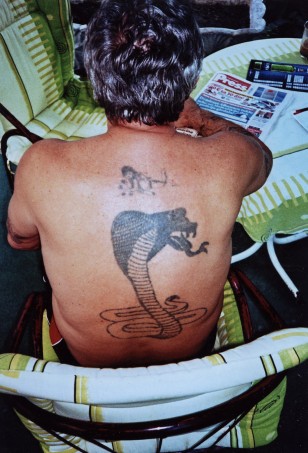 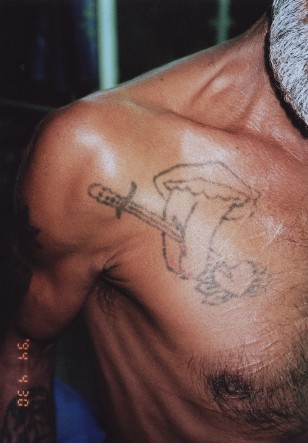 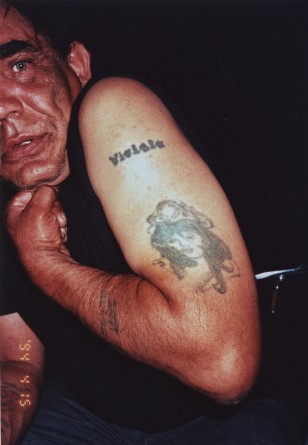 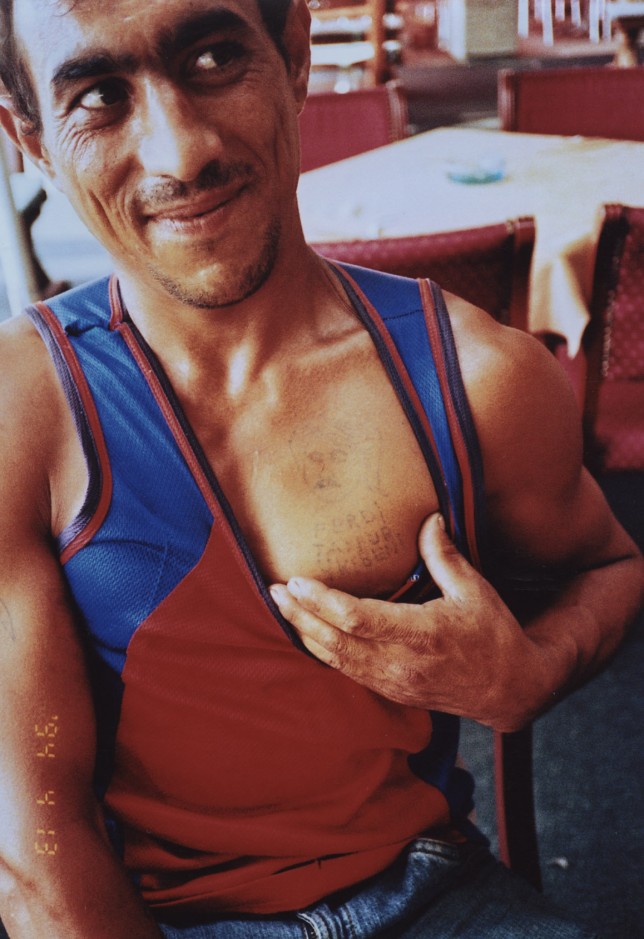 During the summer of 2010, our friend Jeanot lived in Belgrade, Serbia. He’s a guy with a passion for beer and great photos. So when he came home from his trip and told us about how he was ”hanging-out with crazy, fully tattooed old men who spend their time in the street, drinking beer and harrasing youngsters”. We asked him to share some of his pictures and stories.

Jeanot: ”When I arrived in Belgrade I noticed these tattooed men in different spots around the city. So I started walking around obsessing over the forearms of people just to find these guys. After some time I understood that they have certain spots where they chill at, the park around the Central Station, the market of Novi Grad and at various small beer shops around the City. So everyday I went out hunting for tattooed forearms.

All the tattoos I’ve photographed were handmade with needles. And 99% of them were made in jail. Russian criminals are using symbolism and their tattoos have a meaning. But the Serbian criminal tattoos are made just for fun, just to pass the time. Some are actually quite ok and others look totally trashed. I had a drink with every guy that I photographed, and they always had a little crazy story to tell me about themselves”

A Note from Jeanot’s travel diary:
”In front of Belgrade Central Station I met this guy escorted by his son. They were gypsies and said they lived in Germany. When I saw the tattoo on his arm I asked if I could take a picture of it. Like most of the people I’ve met he asked for some money for me to take a pic. I always refuse giving money, I prefer buying them a few beers (always a good excuse to drink one more myself). So I paid for the beers and we started to chat. (My Yougoslavian friend was translating). His son had a trumpet and just came back from the Goutca Folk Music Festival. I asked him if he could play me a song and he did. It was an extremly basic tune. He confessed he had the trumpet just to hit on girls during the festival. Then he took his cellphone and started to show me pictures of girls that he fucked. He insisted on showing me a picture of a girl saying that he ate her pussy in a hardcore way and that she screamed a lot. Then I asked to see the rest of the tattoos”

His name is Paolo, a gypsy and one of my favorite ”foto and tattoo meetings”.
Paolo was kind of a friend of mine, I met him in the bar at the Central Station in Belgrade. The bar opened at 5p.m. and sometimes I went there by myself and sometimes with my homies. Paolo on the other hand was there everyday. He usually got wasted and then went home on the totally fucked-up 40 minute-busride leading away from Belgrade. He speaks french because he used to live in Lausanne, Swizerland, which is actually were I live. He lived the major part of his life in Neuchatel. Back there he was a coke and smack dealer. ”Those were good times”, he says. ”Loads of ladies, loads of blow and loads of cash” He told me a lot of stories, lots of lies I suppose, but also some obvious truths. One of them was dealing dope in a bar in Neuchatel and at the time he was fucking the wife of his boss.

When I went back home I went looking for this fucked-up bar that he had told me about. The bar existed so I asked some of my friends from the village about the place and it was actually a hook up joint for junkies. They assured me that the kingpins wifey surely was being fucked by Paolo.

Paolo was caught in Germany with 1kg of coke and did 10 years in jail. He had two big scars on his wrists, from suicide attempts I suppose. Violetta was the name of his wife, in who he was crazy in love. I then found out that she died and I left it at that. I didn’t ask more about her. But ever since she died he had been hanging out in the bar, smoking cigarettes and selling sun-glasses, perfumes and other crappy products to tourists. He is a really good fella and I hope to meet him the next time I’m in Belgrade”.

I want to thank Paolo and all the other gypsies, www.maximage.biz, and Fuzi U.V.
Psst! Keep an eye out for Jeanot Angelats upcoming book ”Dessins a vie”.