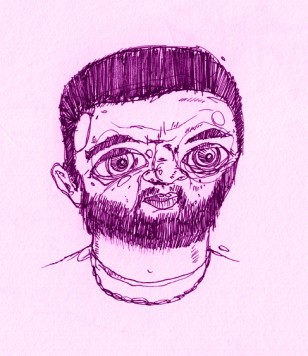 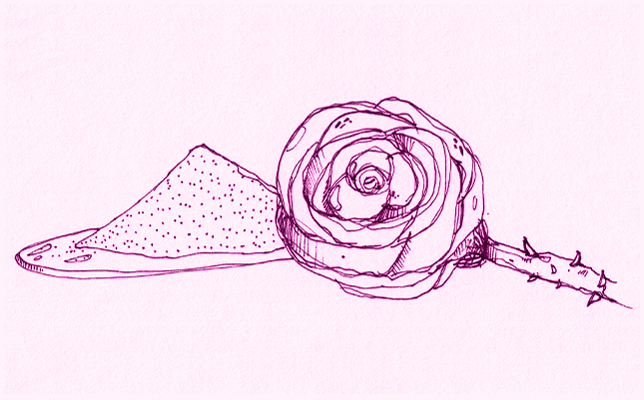 Dinner for two in a druglab

Tata Ivi, our friend from Switzerland, describes herself as "not a normal girl". A couple of years ago after some horrible dates Tata decided that she wanted try to go on a normal date, with a regular guy but ended up with a drug lord. Here is her story told to our very own Julien Facchin.

Once upon a time I decided to be a ”normal” girl and not this all-nighter who always is the last one to leave the party. When I looked at normal girls I saw them with normal guys… or at least walking their dogs, in a normal way. I thought I was normal enough to have a dog. But unfortunately dogs needs time. And time is a thing I didn’t have. My simple conclusion: I had to find a boyfriend.

All of my friends used to tell me afterparties really wasn’t the best way of finding a good boyfriend. Each time I met someone we just ended up travelling together from mushrooms to mushrooms, bodies and minds full of rainbows. But we all know that a rainbows only lasts one day, and at the end of the rainbow only an asshole remains. An asshole who’s not even able to play nirvana on a guitar.

Before completely agreeing on the love theory of my friends, I wanted to try finding a boyfriend at a party. At least one last time. I started the evening by drinking and ended up drunk. Then I went to a park to fuck with a black guy. When we finished I noticed that he had stolen my watch. I started to fight him but he was stronger than me and I ended up going home without my bag… fuck it! The night was still young so I went home and took a shower, changed my clothes, put make-up on and left for a festival in the woods. Someone once said that nature is the best way to gather your thoughts.

At the festival in the middle of an anonymous crowd, a shadow emerged. Yes, I was a bit tipsy and yes he was probably a bit tipsy too, but instead of offering me booze, he asked me if I wanted a cup of tea.

Before I even thought about it, he gave me his phone-number and took mine. He started writing me e-mails each day for two weeks and for once it wasn’t me who fixed the date! THAT’S IT! I HAD A DATE! And a clean one! A picnic in the sun, on the top of a hill with a magical view of the city. Even music and flowers appeared at our rendez-vous. I have to say that I felt like a normal girl, on a normal date.

As the sun was setting he told me about his life, little by little. I learned that he had been on rehab for a couple of months. Would a normal girl be scared? Not a normal girl like me. But as it got darker, he started with these strange confessions. To relax we smoked a joint and he told me more. That he had a good job and that he had a flat, even three of them (!). What does a normal guy do with three apartments? He helps others in need of course!
– Yes, I let people who don’t have anywhere to crash or enough cash to stay anywhere else stay there, he said.
Ohhhh, what a lovely boy!
– And how does this work for you, I asked.
– They kind of work a bit for me you know. They are usually black people. And when they’re sick, I drive them to the closest hospital, he said.
– Sick? Sick??? Why should they be sick, I asked.
– Oh, after cooking for five days, you need a rest, somewhere quiet with more air to breath, my gentle one told me.

It had gotten pitch-black and it started to get cold, the batteries on the radio where all used up. Apart from us, there was no one else in the park so we left and took a train to one of the suburbs outside the city. On the way he explained to me that he chooses places far away from the city-center because he likes big buildings. He also loves ”High level design and architecture”. He wears nice clothes and has a twin sister. He eats fucking sushi, rice and fish that smell like feet, ew. Once, when he was cooking with a friend they burned their kitchen down. Since then, he prefers hiring someone to do it for him.

The train stops. There we are, surrounded by big buildings and albanian nerds listening to kosovo folk music.

At his house we wait in the corridor for a black guy to arrive with the key. When we enter I can see the living room is white, shiny and really huge. And empty. The view from the 10th floor is beautiful. He offers me a glass of wine and next to the glasses, on the plate, there is some ”powder”. While sniffing my line I catch a glimpse of the kitchen. Yes, the kitchen is big. Yes, people use it to cook. No, it doesn’t smell of food. Yes, you can eat it. You can even smoke it.
– But, over here we like it in the veins, he says.

What we shared that night wasn’t love. It was a couple of grams.