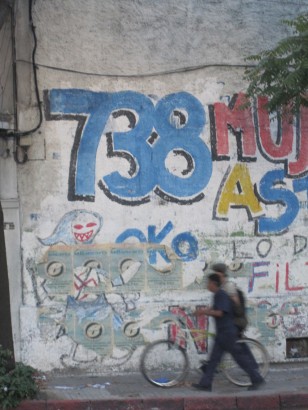 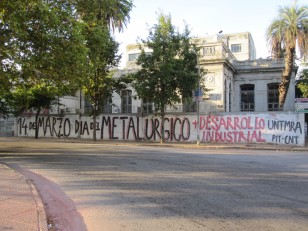 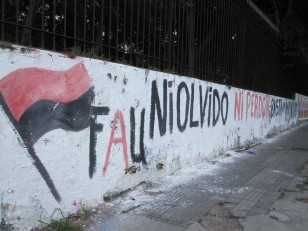 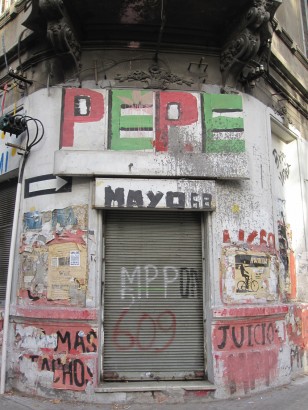 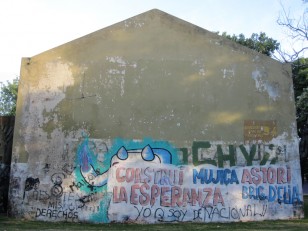 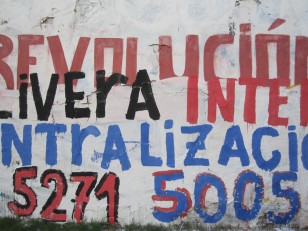 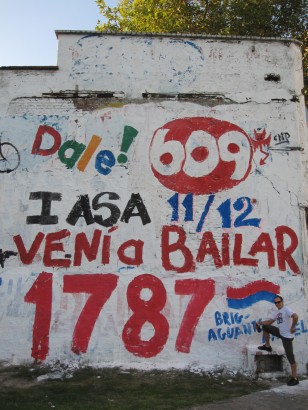 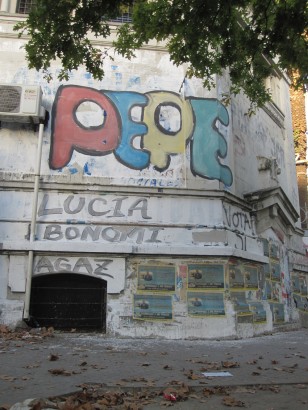 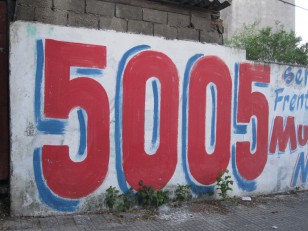 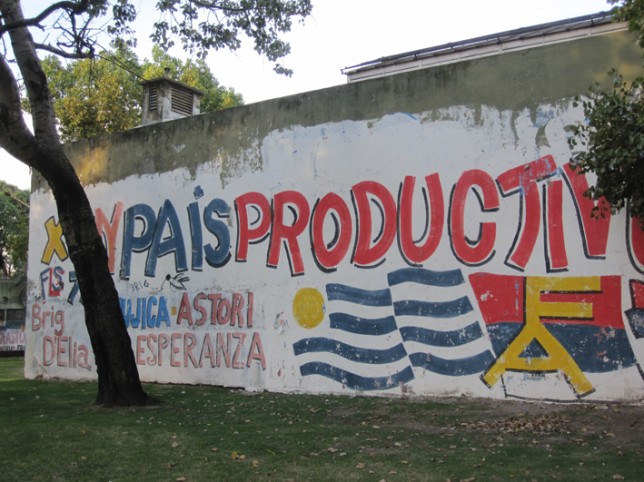 When politicians turn to vandals

Montevideo, capital of Uruguay, doesn’t have any trouble with graffiti. Because in Montevideo graffiti doesn’t exist. I’m standing in front of a ten-meter high mural painting that says, “Work for everybody“. Beneath it you can see the local crackheads hit the pipe.

As I take some pictures, one of the crackheads approaches me.
– Hey you, what are you doing? Is that’s the kind of pictures you snap in our city? Listen, I’m a socialist too you know, by the way, do you have 10 pesos? I need to eat, the crackhead said. Judging by the infections on his hands, and by the smell, I suspect the money might go to that little habit of his.

Right, “to eat”, maybe he should ask his so-called socialist party that pays people to illegally paint the walls of the city with their slogan and propaganda to give him 10 pesos.
If someone does a piece, it gets covered really quickly by a political “painting” from one of the political parties of the city.  The same parties that are in a “pictorial war” against each other. And for the City of Montevideo it seems to be a solution they are happy with, that way they save the costs of the cleaning of graffiti. Cleaning that costs so much money every year.

The graffiti writers tempt to hit the most visible spot to write their names at, as do the political parties. But in reality it’s impossible for the local writers to compete with the local political mob.

A normal graffiti writer (non-political writer) tells me that his salary is about 200 euro a month doing an every day job. In other words it’s impossible for him to buy paint so to keep up with the painters that are paid to do the murals.
While I was walking the streets of Montevideo watching this infinity of painted walls from the center to the outer “barrios” I was thinking about that old saying: “clean walls, mute people”. Are the messages and slogans in the city what the “Montevideanos” has on their minds, or is someone talking louder than the others? •